On Mon 21st May 2012 Gearhouse Broadcast Audio Engineer Peter Craig hosted 17 AES members and guests on a tour of one of their Outside Broadcast vans utilized by both the Seven Network and Fox Footy for AFL, and by a range of clients for other sporting and special events broadcasts.

Peter gave us a thorough run-through of HD-2’s capabilities.

He started outside the van – with the power inputs and UPSs, and then ’round the back to the fibre and copper connection panels.

He pointed out that all audio and comms, and most video (depending on cameras deployed) is fed to and from the van using fibre-optic cabling, with the audio and comms typically using MADI (AES10) interfaces.

Moving inside the van, Peter gave us a detailed look at audio and comms first, describing the Lawo MC56 digital console and its peripherals, and explaining its operation in a typical footy broadcast; as well as the Riedel digital intercom system, which provides selective intercom between all production staff and talent, a key element in coordinating a complex broadcast like live sport.

The tour then moved on to Production Control and the monster Sony switcher , “VT” – the video recording booth, where tape-based VTRs have been replaced by EVT hard-disk recorders; and Camera Control where several operators adjust the CCUs (Camera Control Units) to maintain correct exposure and match the pictures from up to 28 High Definition or Standard Definition cameras.

The Section would like to express appreciation to Gearhouse Broadcast, particularly Head of Operations Garth Wiencke, and Audio Engineer Peter Craig for facilitating this tour, and giving the lucky members a fascinating insight into what it takes to bring live sports to our home speakers and screens. 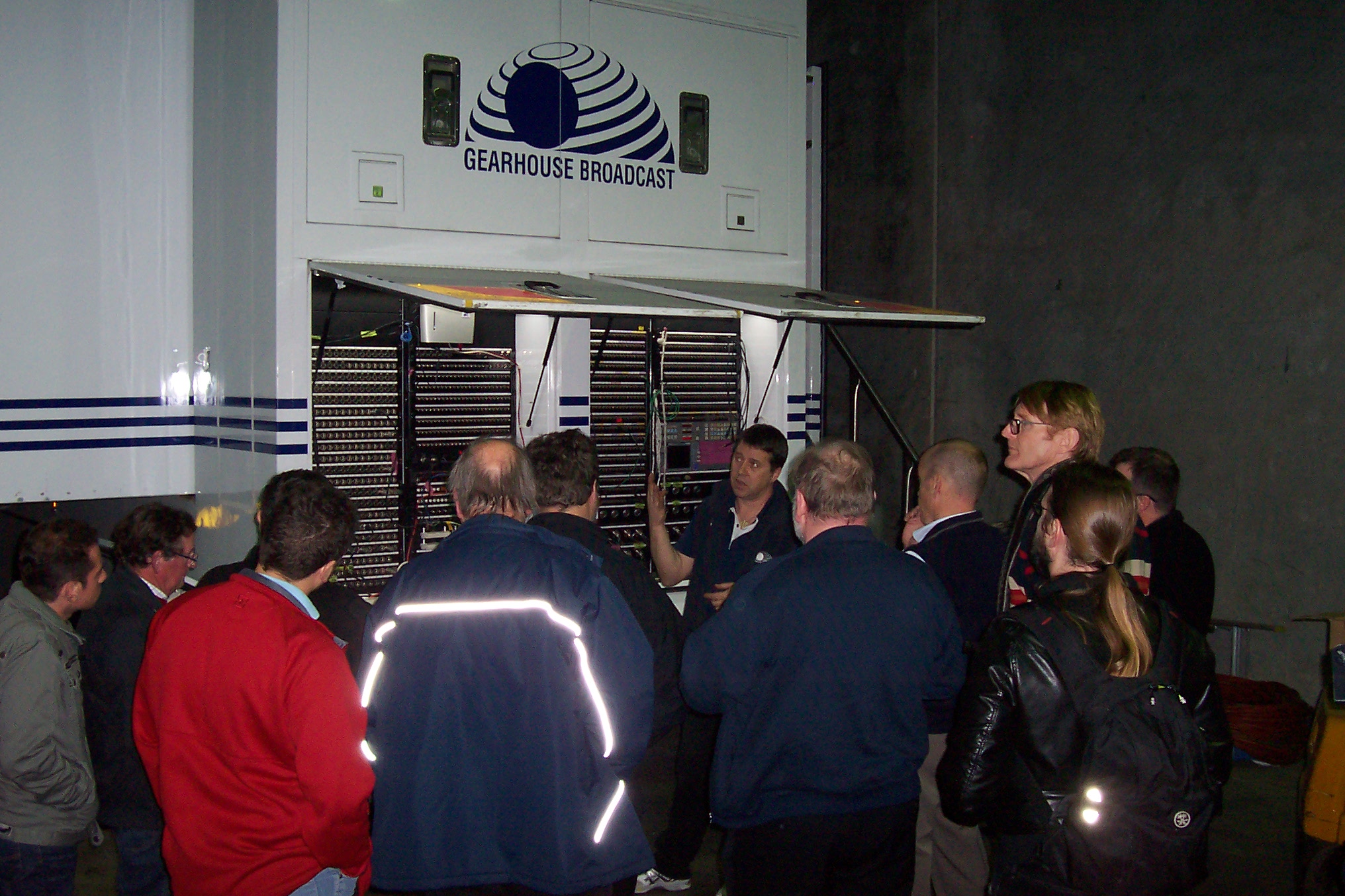 Peter Craig displays the connector panels that interface the van with the outside world. 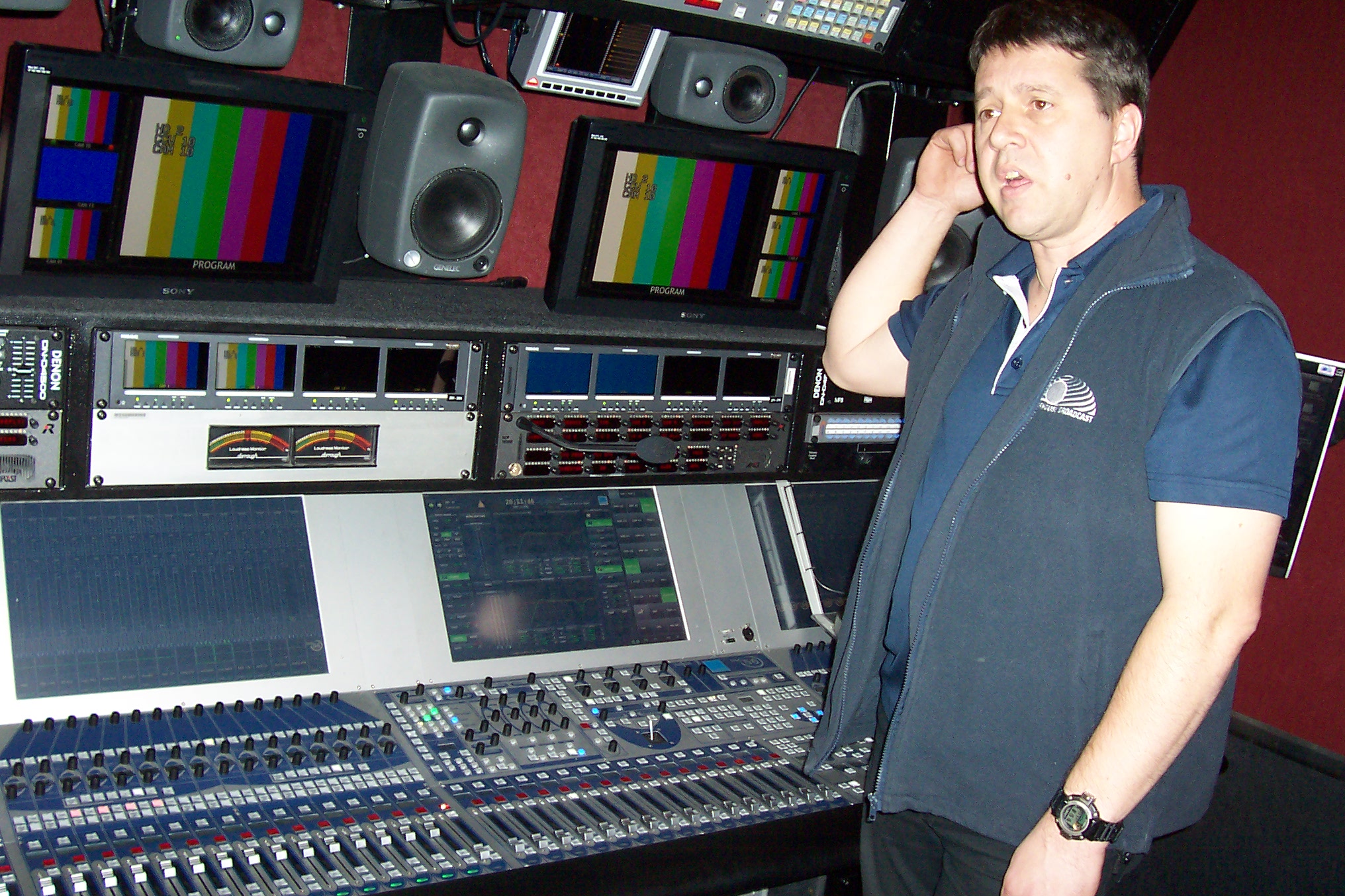 Peter explains the workings of the Lawo desk. 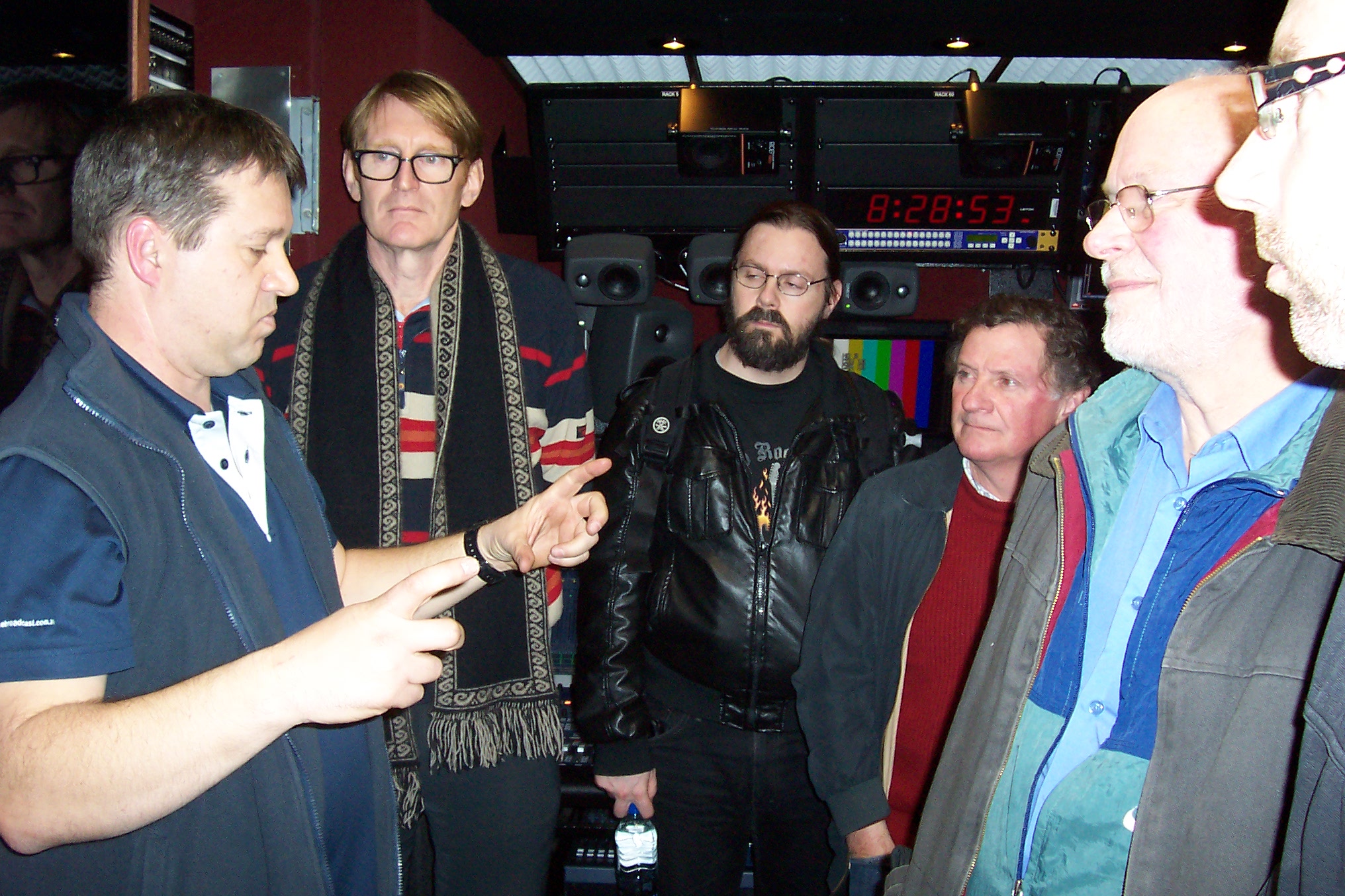 More audio talk… or is Peter recounting tales of his last fishing trip?? 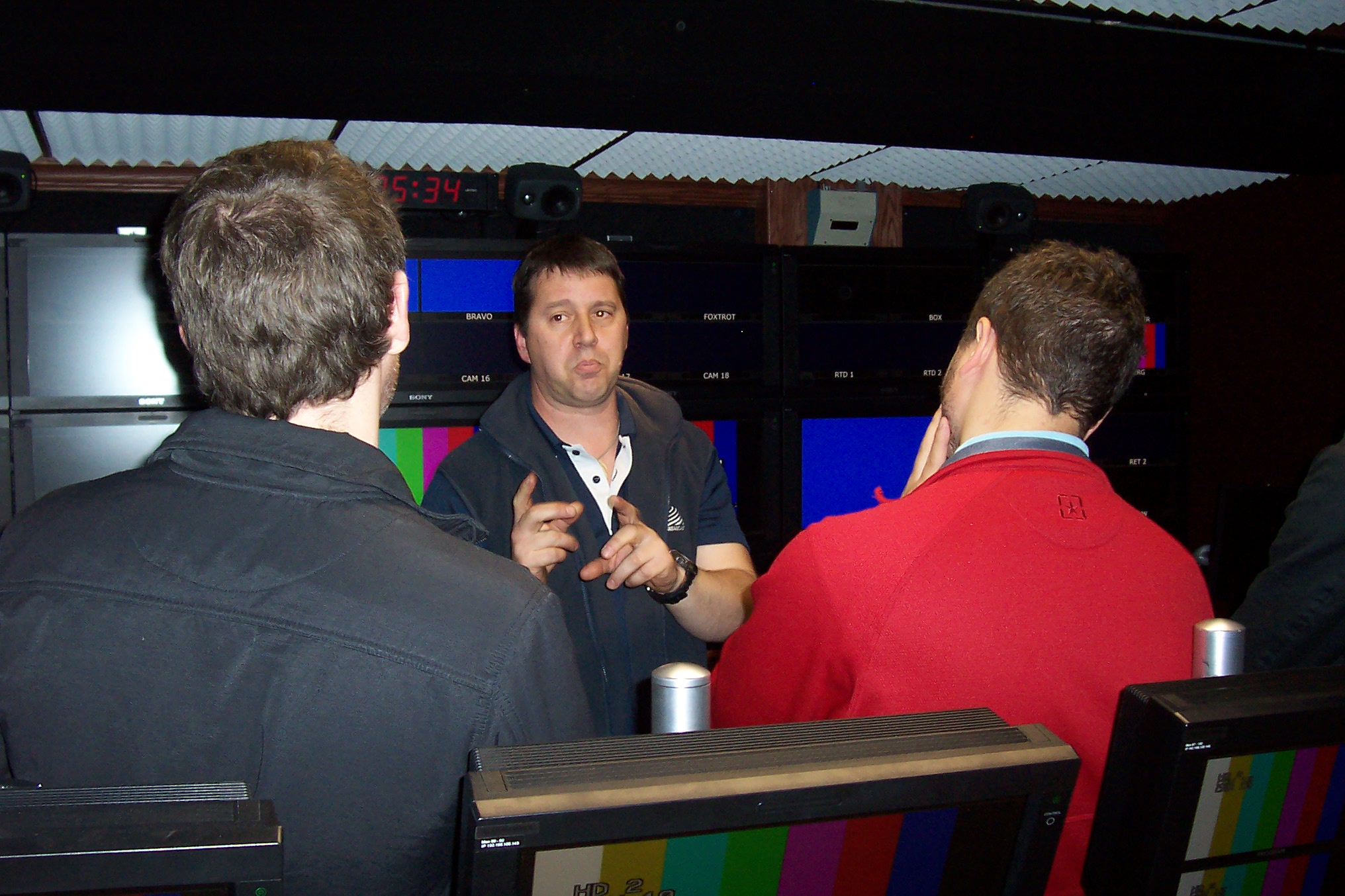 In Production Control Peter describes the range of tasks needed to assemble a fit-for-broadcast signal.

For those interested in finding out more about the technology used in HD-2, details of most of the gear can be found on the Web via the following links.

The description and specification page for the HD-2 van can be viewed on the Gearhouse website here.