More than thirty members and guests of the Melbourne Section recently gathered in a lecture hall at the RMIT University to hear visiting international speaker, Wes Dooley of Audio Engineering Associates (AEA) present on the topic “Ribbon Microphones — Today, Yesterday, and Tomorrow”.

Wes provided a wide-ranging talk on topics such as the early history of microphones, the early implementations of the ribbon microphone in the 1930s, and its further development though to the ’50s with particular emphasis on the work at RCA by Harry F Olson.
He then covered AEA’s early work on repairing and restoring vintage ribbon mics, which led him to the belief that the RCA 44 series mics were the peak of ribbon microphone performance. He described how the empirical testing of early versions of this design with a range of voices and symphonic music sources led to a microphone which faithfully captured a wide range of music and speech sources. This led him to the decision to recreate this magic by building, to the original design, new 44 series ribbon mics. 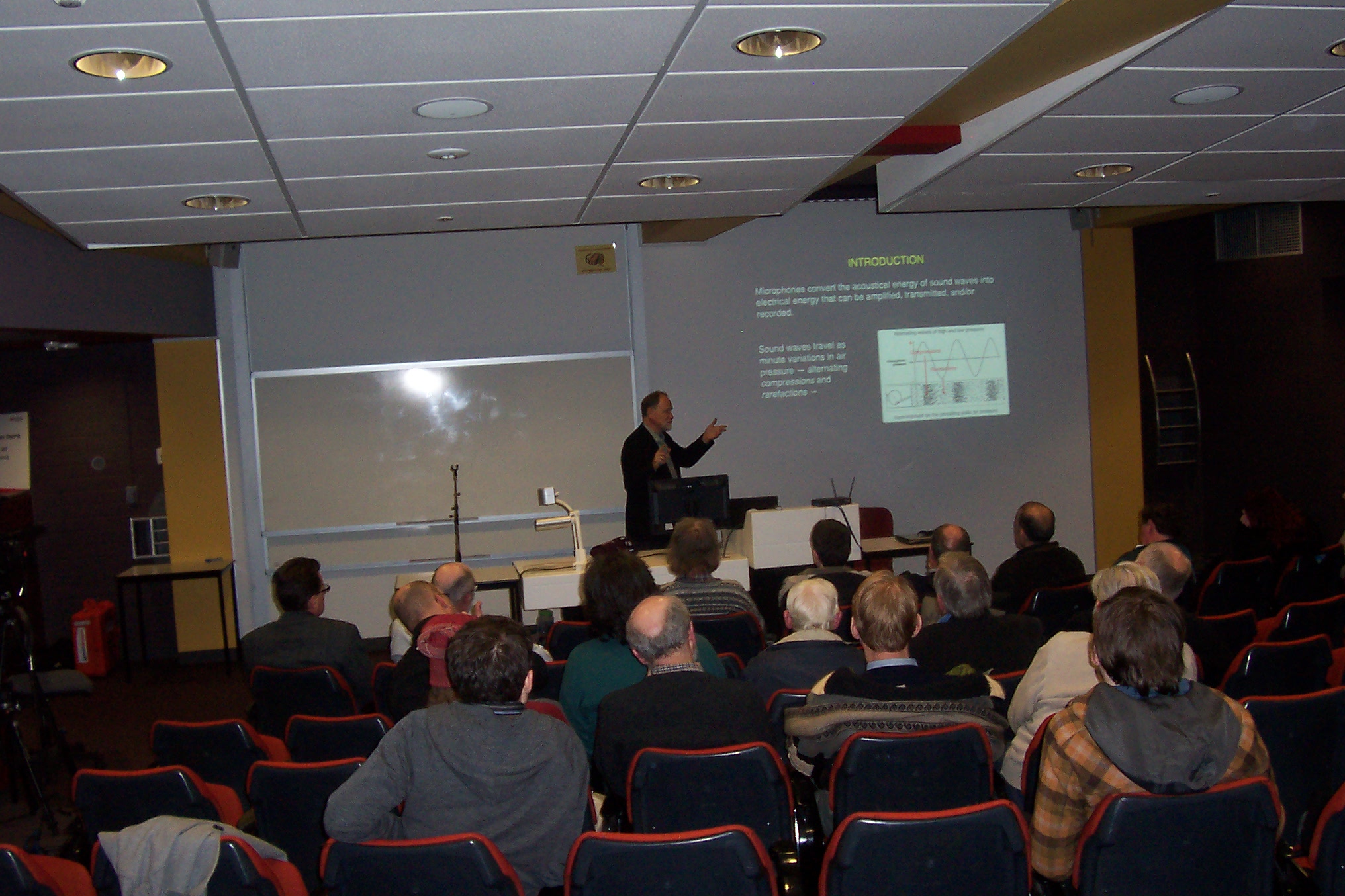 A quick photo-tour of various recording sessions showed the use of ribbon microphones in all kinds of applications, and provided examples of their use for mic-ing tasks which I for one would have never contemplated. The quoted range of acceptable SPL level at mid to high frequencies was surprising.
He also pointed out the versatility of the bi-directional (Figure-8) response pattern, which can be used to great effect to reject unwanted sound pickup. He pointed out that the depth of the nulls and the lack of off-axis coloration make the ribbon mic particularly suited for unwanted sound rejection.
The proximity effect (or “bass tip-up”) characteristic of the 44 series was also mentioned as something deemed desirable, particularly by some male announcers and singers.
Wes also discussed the possibilities of using a pair of bidirectional ribbon mics in the classic Blumlein configuration for stereo recording.

His discussion on the issues surrounding proper loading of the microphone by the mic preamp, and its effect on output level and frequency response highlighted a too-often ignored factor in microphone usage.

The evening concluded with an array of questions from the audience.

I’m sure all who attended took much away from the session — particularly new insights into how potent a tool the ribbon microphone can be for a variety of recording tasks.

The Melbourne Section thanks Wes Dooley for an interesting and illuminating presentation. Wes will be welcome back at the Section any time he chooses to visit.