The Melbourne Section has sprung back into life after being quiet for several years.

Earlier in the year, a new interim committee of four was formed, with the support of the previous committee, with a view to re-establishing Section activities.

Email and web communication was set up via Google Groups to facilitate dialog with members, and sufficient interest was identified to warrant further Section activities.

The committee firstly arranged a social evening for all members in July to reintroduce old friends, meet new ones, and discuss future Section activities. We were delighted to have thirteen members attend. Several others expressed support although unable to attend on the night.

Not only was it a very helpful brainstorming session in a relaxed environment, but it proved to be a fine evening of discussion on a wide range of audio topics.

We also added three new “volunteers” to the interim committee to spread the load.

The next meeting was arranged as a tour of the new Austereo radio studios in South Melbourne in September. 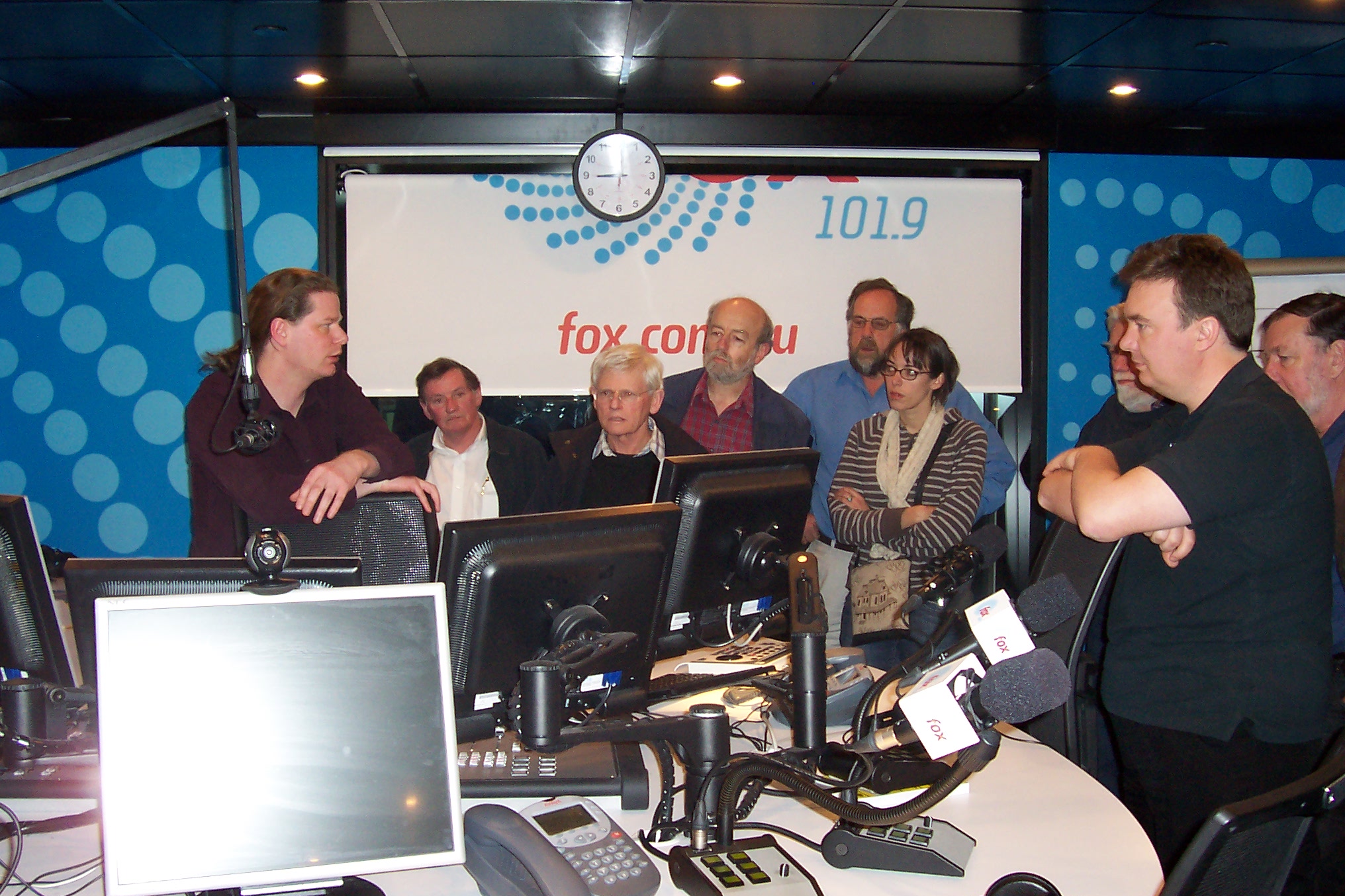 A dozen or so members gathered and were welcomed by Matt Steadman, Technology Manager-Austereo Melbourne.

Matt gave an interesting and illuminating presentation on the practices and technology within a modern broadcasting plant, as well as a brief rundown on the recently launched Digital Radio services.

This was followed by a tour of the facilities which house on air, news, and production studios for two commercial FM stations (TripleM-FM and Fox-FM), as well as extra studios for generating content for additional DAB+ channels and webcasting events.

For the radio professionals in the group it was an opportunity to see a facility which ranks among the best in the country, and for the rest of the group it was an insight into the hardware (and software) which assembles the audio that comes from their radio’s speakers.

Finally, on December 7th we held an Annual General Meeting to formally elect a committee which could carry on the work started by the interim committee in a more formal manner. We had 16 members in attendance, and were delighted to have AES Governor David Murphy visit from Adelaide to officiate at the election, and provide an enlightening technical presentation on two loudspeaker design subjects — horn design and crossover design.

The election was successful, with every position filled.

David’s presentation was well received by all, and the number of questions from the floor attests to the universal interest in the topic of loudspeaker design.